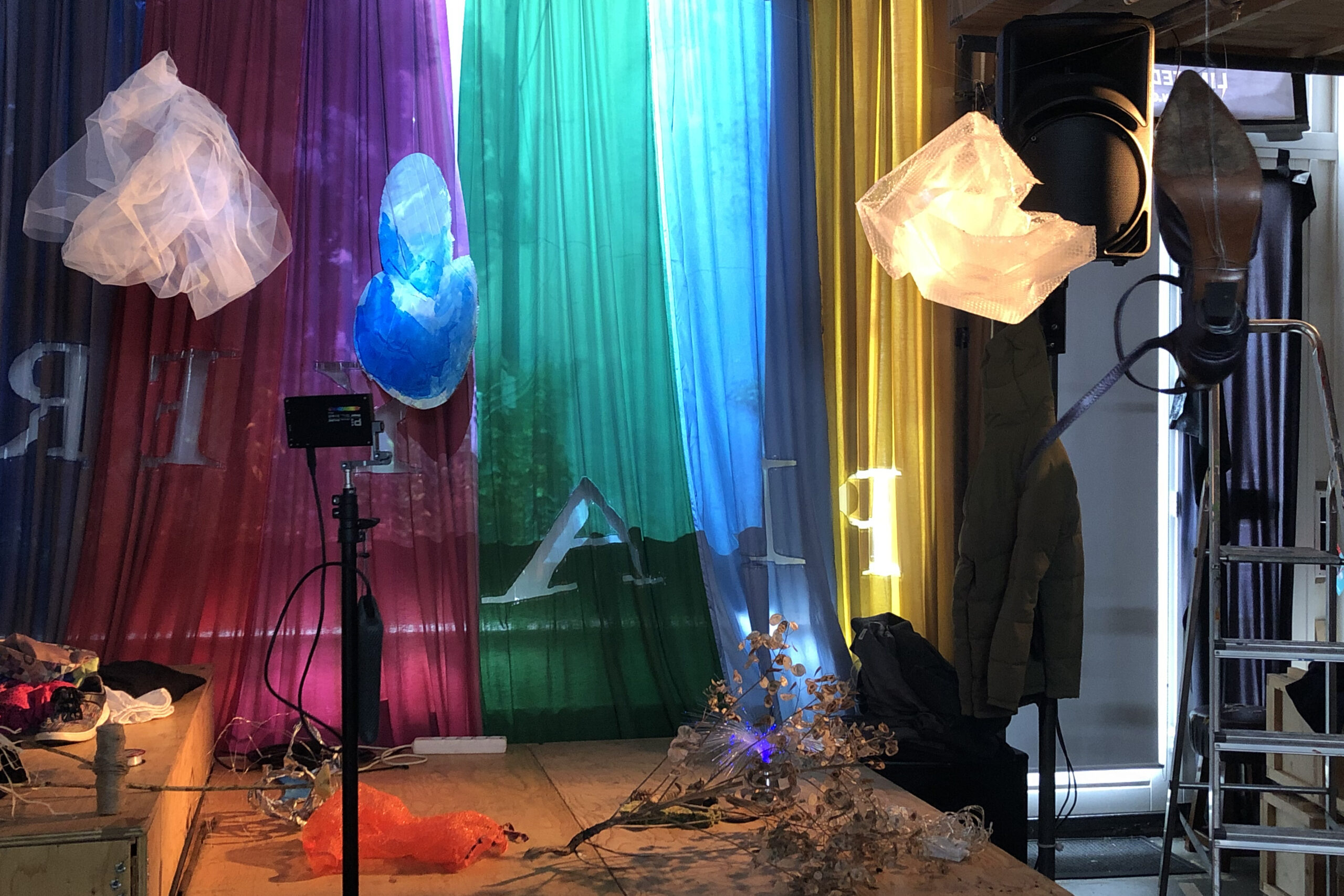 A workshop by WET for the Piet Zwart Institute MFA

Communal Luxury was a three day intensive workshop in de Player, which asked the question: what would truly collaborative filmmaking look like? We drew on Kristin Ross’ book Communal Luxury, an account of the affective texture, revolutionary praxis and contemporary relevance of the Paris Commune of 1871. Ross describes “a worker-led insurrection that lasted seventy-two days and transformed Paris into an autonomous Commune whose social life was recalibrated according to principles of cooperation and association.”

For us one of the questions of filmmaking is “how to organise?” in both a practical and political sense. La Commune offers a precedent for the re-thinking of traditional roles, one which we can use to disassemble the assumed hierarchy of a film set. Alongside the more obvious positions (camera, sound, lighting) we must consider how a film set sustains itself – who prepares the food? And to take it a step further, what roles can we imagine which do not currently exist? What (communal) luxuries could we dream up for each other?

One of the ‘recalibrations’ Ross describes in Communal Luxury is what she calls the polytechnic, a “formation designed to overcome the division between manual and intellectual labor.” In our workshop, we strove towards a polytechnic environment, thinking and making together. We feel a strong affinity between the ideals of the Commune and the video works we are interested in, such as those produced by Karrabing Collective, George Kuchar (with his students and wider community in San Francisco) and Ulrike Ottinger (whose Berlin Trilogy was made with a long list of collaborators, including Delphine Seyrig). These artists, working in a lineage of low budget and camp excess have a sense of joyful abundance that chimes both with the aims of WET and the aesthetic attitudes of the Communards.

We didn’t have seventy-two days, but rather seventy-two hours, in which we considered historical examples of horizontal organization and filmmaking, devised our own structures and filmic strategies, and produced our own collaborative film.

Prior to the workshop we invited Piet Zwart students to watch together Peter Watkins’ La Commune (Paris, 1871)

Directed by Peter Watkins, La Commune is a historical re-enactment of the Paris Commune of 1871, using non-professional actors in the style of a documentary. The working class and the bourgeoisie of 19th century Paris are interviewed and covered on television, before and during a tragic working class revolt.

The film is five hours long, and we encourage you to come and spend this time collectively with plenty of snacks, breaks and drinks. Dropping in and out or coming late is also fine. There will be a small bar with drinks and soup. You are also welcome to bring your own dinner.

Watkins once said of the film, ‘The Paris Commune has always been severely marginalized by the French education system, despite – or perhaps because – it is a key event in the history of the European working class, and when we first met, most of the cast admitted that they knew little or nothing about the subject. It was very important that the people become directly involved in our research on the Paris Commune, thereby gaining an experiential process in analyzing those aspects of the current French system which are failing in their responsibility to provide citizens with a truly democratic and participatory process.’

La Commune (Paris, 1871) was shot in just 13 days in an abandoned factory on the outskirts of Paris.

At the screening, a brochure was distributed with reading material relating to the workshop.