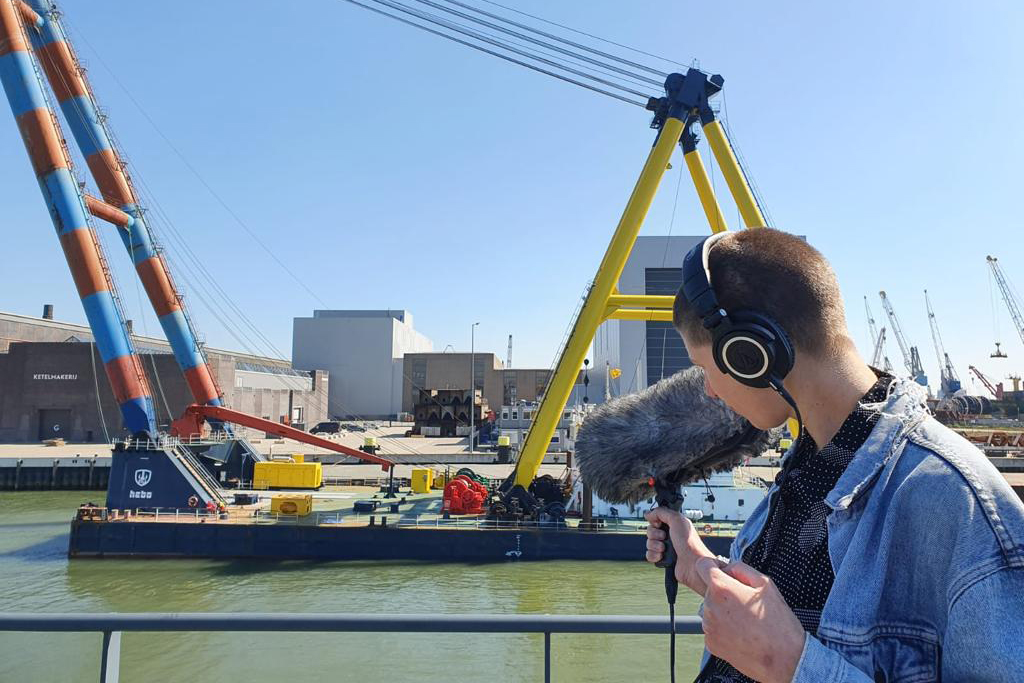 A workshop in relational sound recording, inspired by Steven Feld and Hildegard Westerkamp. We will listen to sound recordings, learn basic microphone techniques and produce our own compositions. The recording and the editing will be approached as collaborative processes, enacted through attention to place and dialogue with one another. The final pieces will be produced as part of a public editing session in WORM.

Over decades working in the Bosavi region of Papua New Guinea, Steven Feld formed a practice of dialogic editing, working alongside Bosavi people to produce collaborative sound recordings. These pieces were constructed from several tracks, recorded from different perspectives, and assembled in conversation with the people who spend their lives in these locations. The approach conceives of field recording not as a static document made from a singular perspective, but as a relational practice embedded in a place’s ecology, history, and social fabric.

At the same time as Feld was working in Papua New Guinea, Hildegard Westerkamp was developing her ‘Sound Walks’ feature on Vancouver Co-operative Radio, where she would live-narrate a walk in the city with microphones in hand, sometimes with a straightforward commentary, sometimes with readings or quotations. Westerkamp placed herself at the centre of the action, in contrast with the widely held belief that recordists should make themselves invisible, thus allowing for a more intimate, poetic relationship to the time and place of the recording.

If you cannot pay the fee but want to take part, please email us.

This workshop is designed for those with little to no experience of sound recording, but we welcome participants with all levels of experience. We will provide all the equipment for the workshop. You will be spending time outside and should wear suitable clothing.

Unfortunately not all of WORM is wheelchair accessible. If you use a wheelchair and want to take part please get in touch and we will find a way to make it work. If you have any other access requirements, please let us know and we will do our best to accommodate them.

13:00-14:00 | Collective editing session with all participants, also open to members of the public.