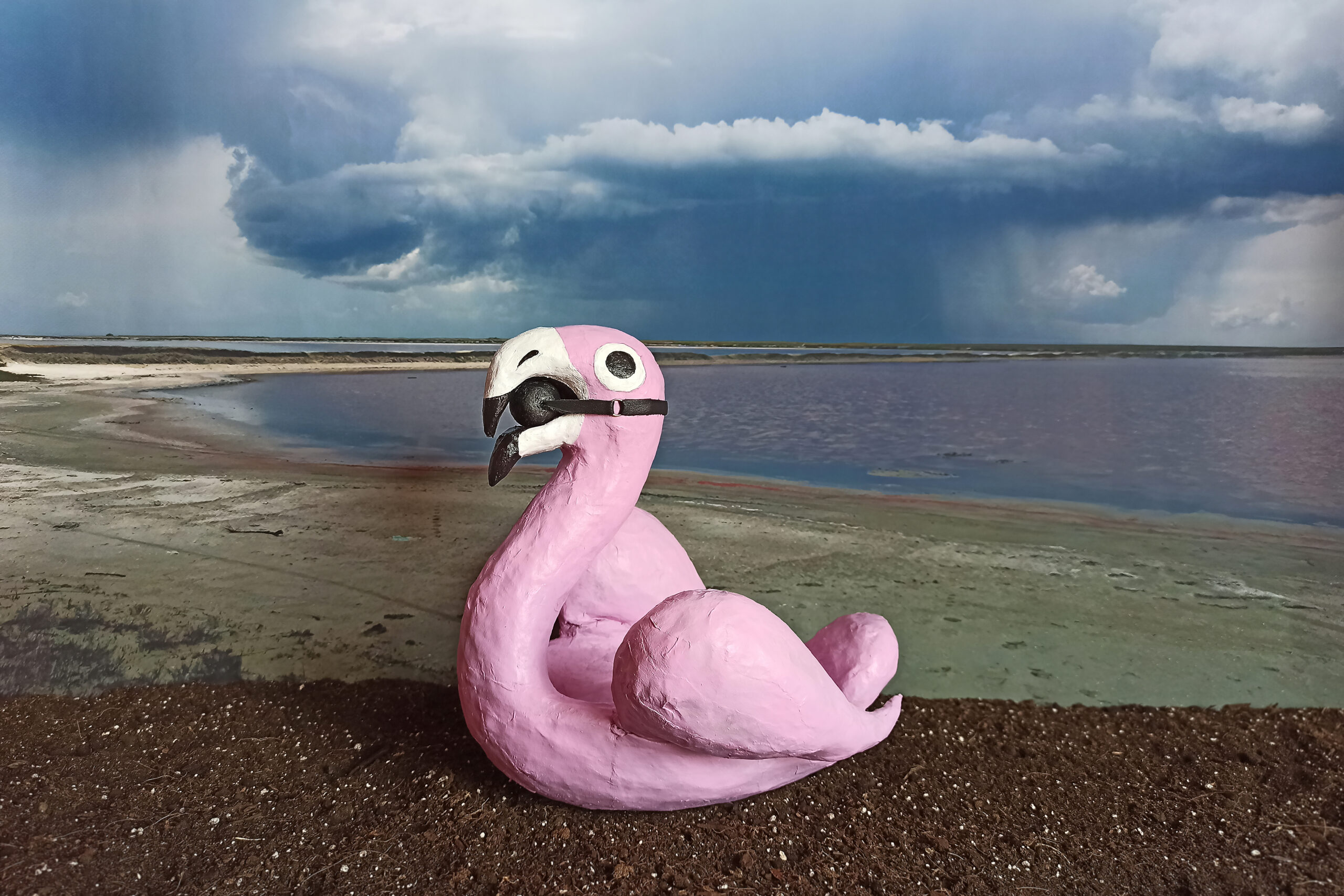 A lecture performance with live music, unfolding backstage histories, rituals and practices. These moments of fragility and sharing were collected during walks across different Ukrainian cities, suburbs and villages: an experience of particular times and places.

Language: Ukrainian, Eastern Ukrainian, English. The performance will be accessible to English speakers.

Entry is free but we will collect donations to support Freefilmers.

Oksana Kazmina (Novoyavorivsk/Kyiv) & Vasyl Lyah (Mariupol/Kyiv/Lviv) are Ukrainian artists and members of the collective Freefilmers. They collaborate on films and performances, and through their band ‘Serviz Propav’. The work ‘Contemporary History of Ukraine, 4th Rehearsal’ was developed during their residency at WET in December 2022/January 2023.

‘Contemporary History of Ukraine, 4th Rehearsal’ is the final episode of How to Get from Space to Place, a program consisting of five core parts with moving image artists from the Netherlands and abroad. The program focuses on the notion of ‘place’ and what that means in the contemporary moment. Oksana and Vasyl’s participation in the program, as part of Freefilmers, was postponed due to the ongoing Russian invasion of Ukraine. The project has shapeshifted many times and became possible only now in the form of a residency and public event. WET’s relationship with Freefilmers began in October 2021 when Vasyl, along with other members of the collective Sashko Protyah, Vova Morrow and Yulia Serdyukova visited Rotterdam; the collaboration is ongoing and we hope to host them again in Rotterdam later this year.

WET is located on the 3rd floor and unfortunately not wheelchair accessible at this time. We do have a working elevator in the building between ground and 2nd floor. Please let us know if you have any other access requirements.

How to Get from Space to Place is supported by Gemeente Rotterdam and De Hillevliet.

Oksana and Vasya will be guests on ‘Ever Widening Circles’, a radio show hosted by Ash Kilmartin on Radio WORM. Tune in on Tuesday January 3rd at 10PM (CEST)!

They will also take over Radio WORM on January 10th 6-8PM, when they will be talking about Freefilmers and their time in Rotterdam, with special guest Sashko Protyah.