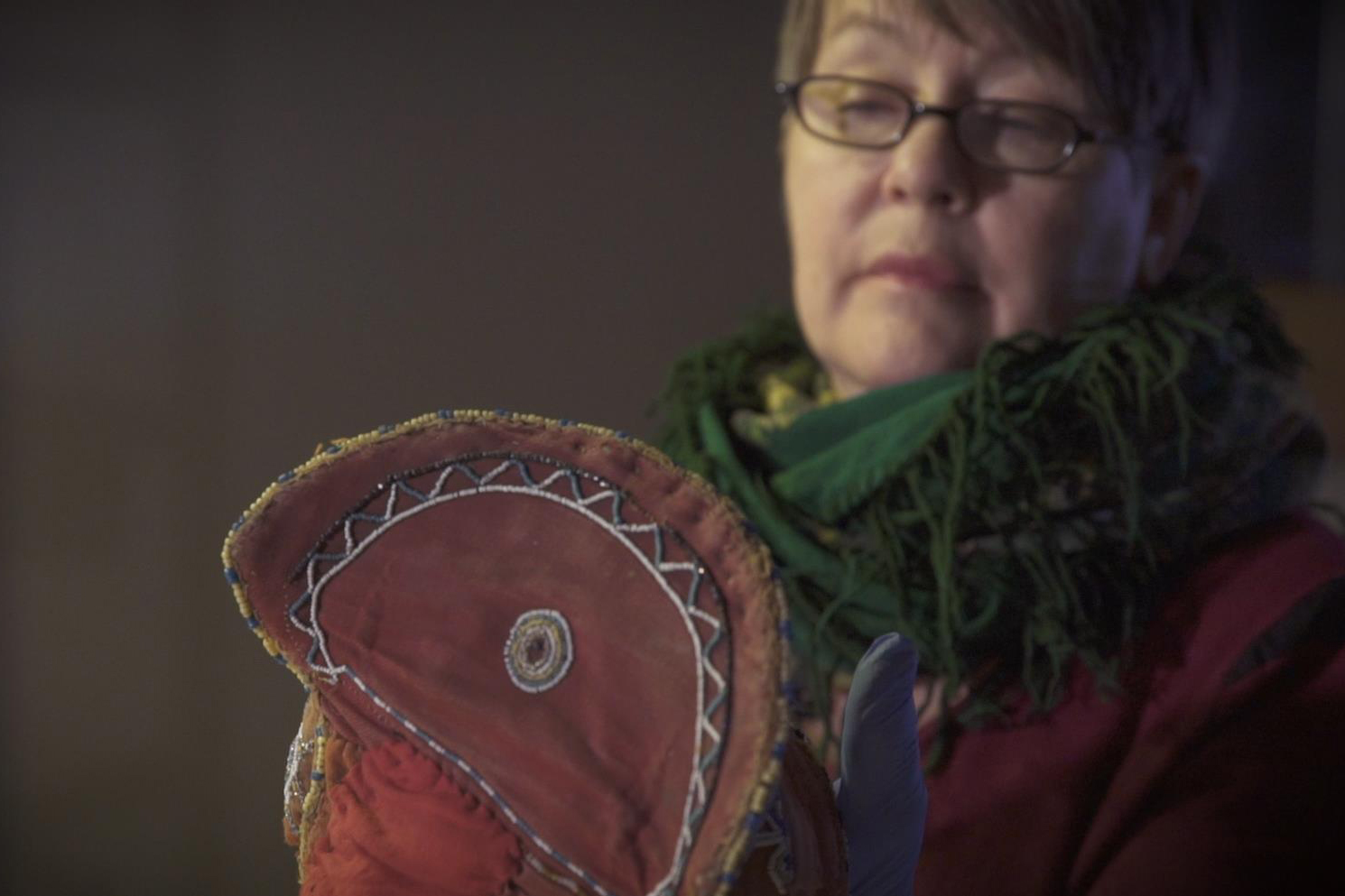 Donations welcome! All proceeds will go directly to the filmmakers.

WET is excited to host this event programmed by artist Angelica Falkeling. Here are some words from Angelica:

My recent video installation Tacit Knowledge (on view at Textielmuseum Tilburg until November 11) includes some footage from that workshop. People have been asking, why are you not telling her story? But I thought, why should I be the one to tell it? So, as an extension of that work, I decided to organise screenings of Great Grandmother’s Hat, a documentary made by the indigenous filmmakers Anstein Mikkelsen and Harry Johansen.

The directors follow Venke Tørmænen as she struggles to find a person to teach her how to sew a Skolt Sámi konelua, a type of hat worn by women in her region. Tørmœnen’s great-grandmother wears it in a picture; she later finds a similar hat in a museum. The film follows her in the process of negotiating access in order to learn from the object, and tracks her attempts to find a duodji who can teach her to make one.

Great Grandmother’s Hat tells us about Nordic colonialism, geography, resources, duodji, crafts, trauma recovery, and storytelling. The hat’s pattern tells stories of place and community. Tørmœnen says, “I feel that when I can sew it and put it on my head, the ring is closed. I want the world to know that we [Sámi] exist. We are here and we live here.”